The last Saturday in October we host the Annual Bristol Cares Halloween Car Show presented by Greenlawn Funeral Homes at the KOA RV Resort. The event is open to the public and FREE to attend. There is food from the Crest Bar & Grill, vendor booths, prize drawings, music, trunk or treating, and a costume contest for kids. Awards are presented for Best of Show, Best Upholstery, Best Engine, Best Paint as well as multiple Sponsor picks. The event is open to all vehicles and motorcycles – registration fee to show is $40. For information on event awards, sponsorship, entry forms, and vendor participation contact the Foundation office at 661-716-8000 or via email at cherie.shoemake@bristolhospice.com.

Don’t be scared……it’s for a good cause!!

Our last event in 2019 was called the Optimal Cares Halloween Car Show presented by Greenlawn Funeral Homes was held Saturday, October 26th  at the Bakersfield RV Resort/Crest Bar & Grill. Once again the event had over 90  entrants, vendors, numerous attendees and lots of Trunk or Treaters. The Foundation would like thank everyone who helped make the event a success and helped raise over $8,500 to support our Mission. Special Thank you the Bakersfield RV Resort/Crest Bar & Grill for hosting our event. The 2020 & 2021 shows were cancelled due to the COVID-19 pandemic. 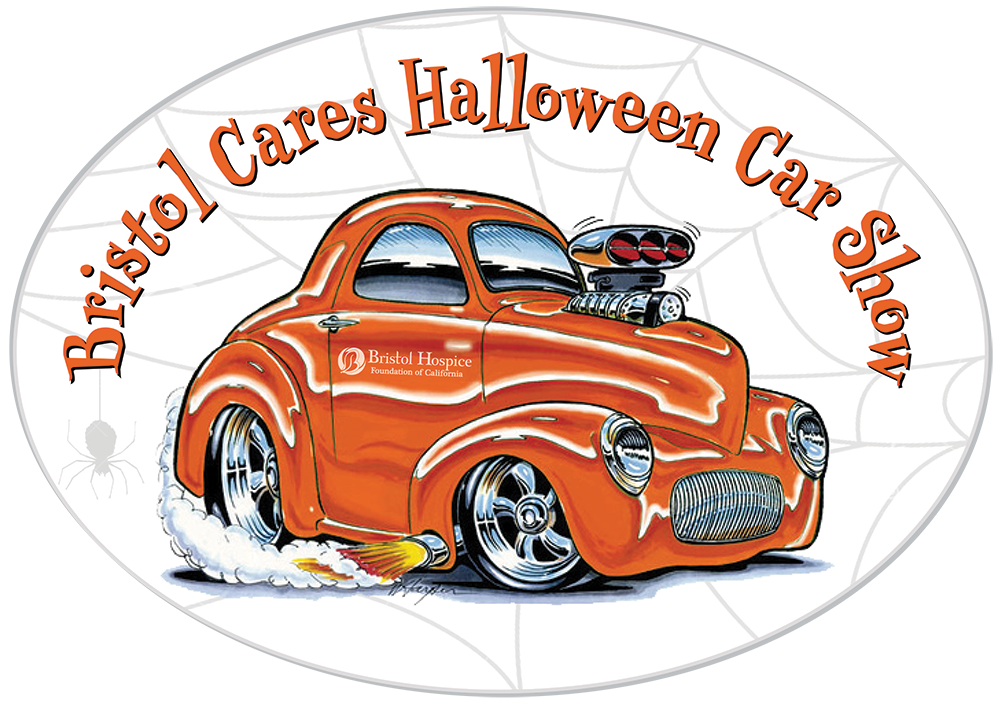 Our 2022 Bristol Cares Halloween Car Show held on Saturday, October 29th at the KOA RV Resort/Crest Bar & Grill (formerly Bakersfield RV Resort) was a huge success. For the first time in our 6 years history we had 100 entries. Thank you to everyone who participated in the show and supported the Mission of the Foundation. 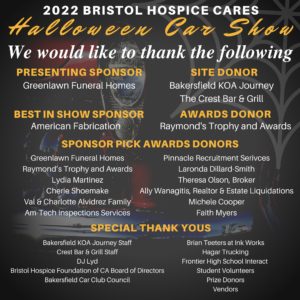